S.E.P.S. has provided the Tri-State area with fume hood certification for years. Our techniques ensure your lab is operating efficiently and maintaining safety. Fume hoods are widely considered an essential part of any modern lab.

So what exactly are fume hoods, and why are they so important?

In labs that work with particularly harmful chemicals and vapors, they are critical to keeping employees safe. Much like biosafety and cleanroom services, S.E.P.S. and our fume hood services are all about keeping labs running smoothly and keeping personnel safe.

The main reason for a fume hood in a lab is to prevent inhalation of toxic chemicals and vapors. It is an enclosed space in which to handle dangerous materials. Not only is it enclosed, but also features a ventilation and exhaust system that removes the fumes. If a hazardous vapor is not driven out of the space, the employees working in the lab can inhale them. This can cause toxins to enter the bloodstream.

Toxins entering the bloodstream usually have serious medical consequences. The fume hood is a reliable tool that can prevent dangerous scenarios from occurring. It uses an exhaust system to drive the chemicals out of the laboratory.

Most fume hoods also have a clear sliding window (called a sash) that acts as a barrier between the worker and the harmful substance. In the event of an accident or spill, the employee is spared from any exposure to the chemical that could injure them. As long as the worker is wearing the most basic of personal protective equipment, like gloves, they can avoid skin absorption of the chemical.

Fume hoods also have a “lip” that catches any of the liquid spilled within. This way the spilled liquid is contained in a specified and enclosed area.

Fume hoods come in different designs for different operations. Regardless of type, airflow velocity tests and ANSI/ASRAE 110 testing is vital.

These are installed in labs that handle dangerous chemicals. They feature the clear sash so that workers can have a complete view of the substances they’re working with without coming into direct contact with them.

These fume hoods are engineered to comply with the A.D.A. (Americans with Disabilities Act) standards to ensure any employee can have access to and operate it.

These hoods are not just used in labs. They are ventilation systems found in professional kitchens as well. For instance, they’re found directly above stoves or ovens. Using a fan, they remove excessive heat or steam from the work area.

This fume hood is used exclusively for labs working with perchloric acid. The essential function is to prevent the formation of perchloric salt. They use a specific grade of steel to prevent any damage from the acid.

A variable air fume hood is a device with a greater deal of control over the air exhausted from the unit. They feature advanced interior lighting systems. And, they are considered more cost-efficient.

Most of the fume hoods’ airflow stops as their sashes are adjusted. Variable air fume hoods have a constant airflow, regardless of the sash position.

These fume hoods are generally used in labs that handle larger materials. Since fumes are filtered out, workers can handle substances with harmful vapors while standing in the unit.

In addition, many labs with walk-in fume hoods will use them to store instruments and accessories.

Depending on lab size and workload, some will need a second or even third fume hood. It is extremely important to make sure your fume hood is installed correctly and the exhaust is working. SEPS uses multiple tests to verify the efficiency of fume hoods.

Additionally, many fume hoods have airflow monitors. Regularly check the monitor’s status to ensure the fume hood is operating properly.

Even though fume hoods provide protection from harmful substances, it’s still important to wear adequate protective equipment while using them. Bare hands should never enter a fume hood and skin should never be exposed.

Fume hoods are effective ways to keep lab personnel safe. They can be found in many different settings and in different fields. Food science and research, pharmaceutical sciences, and chemical studies are just a few of the facilities in which fume hoods are essential.

S.E.P.S. can help you ensure your fume hood is operating efficiently, and most importantly, keep your employees safe. We will test and certify your fume hood in any lab within the Tri-State area. 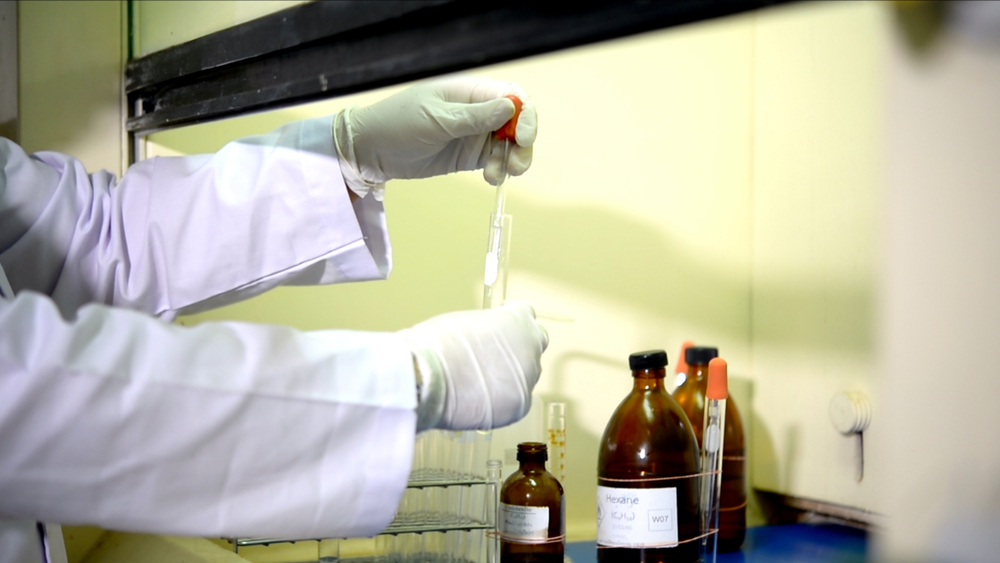